/ˈbɛreɪ/[1] BERR-ay or /bəˈreɪ/[2] bə-RAY; French: [beˈʁɛ]) is a soft, round, flat-crowned hat, designated a "cap", usually of woven, hand-knitted wool, crocheted cotton, or wool felt,[3] or acrylic fiber. ﻿
The Basque style beret was worn by Basque shepherds in the Pyrenees, a mountain range that straddles the border between southern France and northern Spain. The colors originally varied by region (red in Gipuzkoa, white in Álava, blue in Biscay), but eventually the Basques settled on blue berets, and the people from Navarre adopted red berets as part of their folk costume while the black beret became common headgear in France and Spain. [3]

﻿ ﻿﻿﻿﻿
﻿﻿﻿The black beret was once considered the national cap of France in Anglo-Saxon countries and is part of the stereotypical image of the Onion Johnny. It is no longer as widely worn as it once was, but it remains a strong sign of local identity in the south west of France. When French people want to picture themselves as "the typical average Frenchman" in France or in a foreign country, they often use this stereotype from Anglo-Saxon countries. There are only two manufacturers left in France (the world-famous Hoquy family among them). (source: wikipedia) 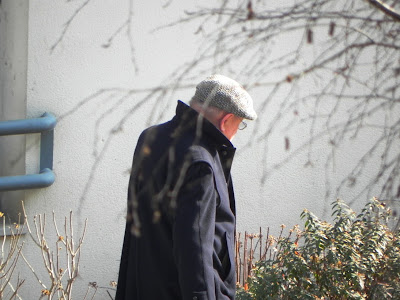 In my opinion, Beret is more a hat for the older generation but getting more fashionable these days with it's large selection of colours and materials in shops. As for the men, I see more Casquette Beret then the Basque Beret. I have yet to spot any hot pink beret or animal print beret on the street.. A little advise for the tourist, if you want to experience the everyday french life and don't want to look ridiculous while visiting France then don't wear a beret unless you are Sarah Jessica Parker who can pull off wearing bizarre headwear. 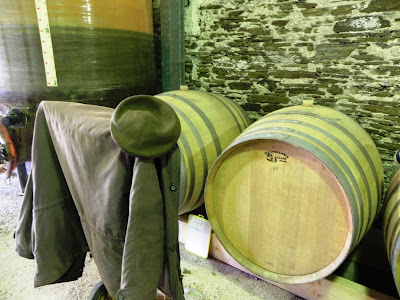 Even the winemaker wear a beret

A better option is.. go to the Boulanger (Bakery) pay 1 Euro for a Baguette (french loaf) which is wrap and twisted in a little piece of paper. Please just carry it in your hand, don't put it in plastic bag.. only fish and salads are allow to be in plastic bags. Next,  go to a near by supermarket, grap a bottle of wine and some cheeses..oh yes! do not forget your wine glasses and cutleries. Nobody drink wine from bottle, unless you want to look like alcoholic. ﻿﻿﻿﻿If you want to be show that you have class, a napkin (not paper napkin) would be great.

Next, go to any green and cheers!!

Nyonya
Angers, France
My name is Sylvia. I'm a Malaysian not living in Malaysia but missing Malaysian food. This is my little diary about my adventure of preparing food that not just to satisfied my craving but also to please my French husband and my MIL.